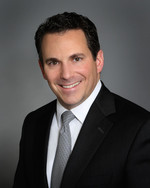 Christopher Bradshaw has served as the President and Chief Executive Officer of the Company since November 2014 and Chief Financial Officer from October 2012 to September 2015. Mr. Bradshaw was appointed a director of the Company in February 2015. He served as the Company’s Acting Chief Executive Officer from August 2014 to November 2014. Additionally, Mr. Bradshaw is an officer and director of certain joint ventures and subsidiaries of the Company. From 2009 until 2012, Mr. Bradshaw served as Managing Partner and Chief Financial Officer of U.S. Capital Advisors LLC, an independent financial advisory firm that he co-founded. Prior to co-founding U.S. Capital Advisors LLC, Mr. Bradshaw was an energy investment banker at UBS Securities LLC, Morgan Stanley & Co., and PaineWebber Incorporated.

Ms. Gordon has served as Senior Vice President, General Counsel & Chief Administrative Officer since joining the Company in January 2019. From 2011 through 2018, Ms. Gordon served as the Executive Vice President, General Counsel and Corporate Secretary of Air Methods Corporation, an emergency air medical company operating over 400 aircraft throughout the U.S.  At Air Methods Corporation, she oversaw the company’s legal, compliance, government affairs, risk management and real estate departments.  During her tenure, she led the company through various strategic initiatives, advising senior management and the board of directors on numerous mergers and acquisitions and joint ventures, ultimately leading Air Methods through its $2.5 billion take-private transaction in 2017.  Prior to her appointment at Air Methods Corporation, Ms. Gordon worked in private practice as a corporate and securities lawyer with Davis Graham & Stubbs LLP, in Denver, Colorado.  Her practice involved representing public and private companies on a variety of corporate transactions, including mergers, acquisitions and dispositions, public offerings and private placements of debt and equity securities.   Ms. Gordon served in several compliance roles in the financial services industry prior to attending law school.   She attended the University of Denver for law school and received a bachelor’s degree in biology from Santa Clara University. 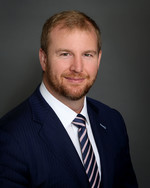 Mr. Newman has served as Senior Vice President, Strategy & Corporate Development since joining the Company in September 2018.  From 2008 until 2018, Mr. Newman was an investment banker in the Industrials group at Deutsche Bank Securities Inc., where he most recently served as a Director covering aviation and commercial aerospace.  Mr. Newman began his professional career at General Electric, in the GE Plastics division where he held several corporate finance positions from 2001 to 2006 including roles in FP&A, manufacturing, sourcing and commercial finance as well as project leadership.  During his tenure, he completed GE’s rigorous Financial Management Program and was certified as a Lean Six Sigma Black Belt.  Mr. Newman holds a Bachelor's degree with a double major in Economics and Government & Politics from the University of Maryland, a Master of Science degree in Finance from The Smith School of Business at the University of Maryland, and a Master of Business Administration degree from the Fuqua School of Business at Duke University.  Mr. Newman currently serves on the Fuqua School of Business Alumni Council. 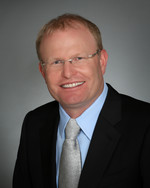 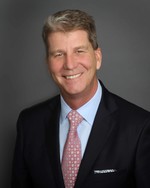 David Stepanek has served as Senior Vice President, Business Development since joining the Company in January 2020.  From 2010 through 2019, Mr. Stepanek held positions within PHI, Inc., most recently having served as President, PHI Americas, responsible for the overall performance and direction of PHI’s U.S. and international operations in the Western Hemisphere. Before becoming President PHI Americas, David served as PHI, Inc. Chief Commercial Officer and led the company’s growth in the Gulf of Mexico and international expansion including the acquisition of HNZ Group’s offshore helicopter business.   Mr. Stepanek has served on the boards of PHI Century (Ghana), PHI Americas LTD (Trinidad) and Helioffshore.  Before joining PHI in 2010, Mr. Stepanek held a variety of leadership positions at Era Helicopters.  After four years’ service in the US Marine Corps as a heavy lift helicopter avionics technician, Mr. Stepanek  moved to Sikorsky as an avionics technician and field service representative; he was subsequently promoted and contributed to the product development of the S-76 and S-92 aircraft, amongst many other roles. 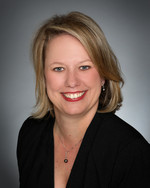 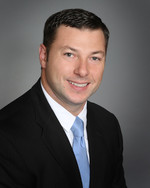 Director of Safety and Compliance

Mr. Zaworski has served as Director of Safety and Compliance since September 2016. Mr. Zaworski has over seventeen years of experience in the aviation industry including more than eight years with Era. Mr. Zaworski served as Era’s Chief Inspector from May 2013 to April 2016 and Delegated Inspector from August 2009 to May 2013, after joining Era as an aviation mechanic technician in May 2007. Mr. Zaworski served in the United States Marine Corps and has both a Bachelor of Science in Professional Aeronautics and an MBA from Embry-Riddle Aeronautical University. 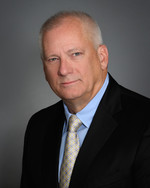 Mr. May has served as Chief Technology Officer since joining Era in May 2013.  Prior to joining Era, May was the IM Leader Business Solutions at GE from February 2011 to May 2013. Mr. May's experience includes an array of information technology roles including Business Relationship Director for Dresser, Inc., IT Director for Service Electronics and IT Manager for Soma Tech. Mr. May started his career as a technician in the U.S. Army.